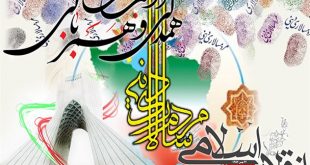 Primarily, a miracle is not something which can be performed or repeated by human being. For that reason, it is the act of God. Accordingly, the miracle can serve as a proof on the prophets’ true assertion and it is, therefore, logical to act upon the Prophet’s invitation.

If someone claims that the Holy Quran is not from God, then, he must prove such claim, and just to stake a claim, he is supposed to produce or fabricate a Sura (though small (in size)) like Suras of the Holy Quran. As a result, we should see what prominent features are associated with this Holy Book which entail to its being a miracle and the one who shoulders the denial of its being a miracle cannot produce or generate something similar.

Regardless of the appearance and surface structure of Holy Quran that stirred a movement in people’s believing the Quran upon its revelation, the Scientific Miracles in the Quran merit attention. (Tremendously important).

This means that after thousands of years of Holy Quran revelation, even a single part in this Holy Book has not faced any imperfection, inadequacy, fallacy and has not been inflicted with aging, abridgment or rigidity.

This is where all human books (although written by a genius) are subject to aging and obsoleteness after a short time and the imperfections, inadequacies and flaws would be indubitably perceived and uncovered; this is because the man-made products are incomplete as mankind itself is; and these products cannot be of general and complete application in the process of scientific evolution, contrary to the Holy Quran.

Since the Holy Quran was revealed to Prophet Mohammad (PBUH) from Almighty God who is perfect and flawless, no imperfection and flaws can be found in it, and human development and evolution not only cannot tarnish it with obsoleteness, but they always unveil hidden truths and realities. (Check the scientific content of the Holy Quran in our site). This means that the Holy Quran came from Almighty God who is perfect and flawless, and imperfect human is basically not capable and competent enough to produce something similar as he is inherently imperfect.